Shed Simove created the world's first truly INTERACTIVE BILLBOARD...in association with JC Decaux and Rafi Arkin..and it was based on Grafton Way, off Tottenham Court Road, London, England. More information on how this came about, is below... 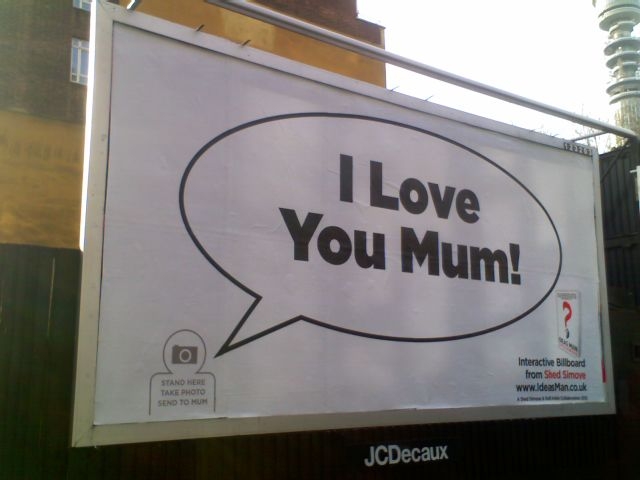 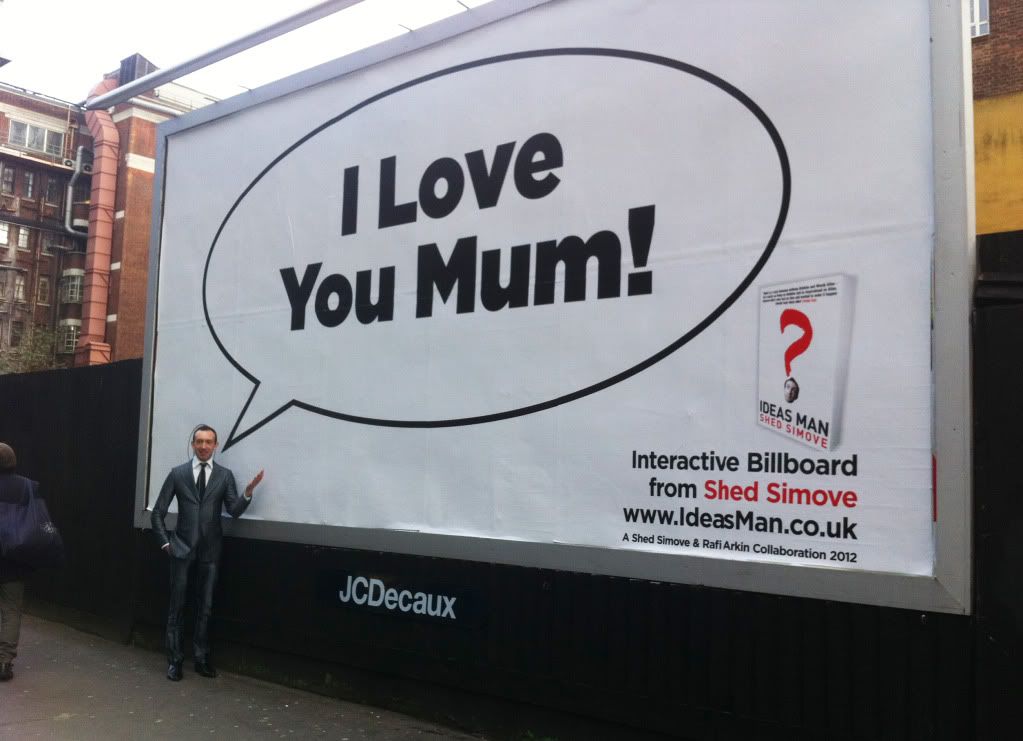 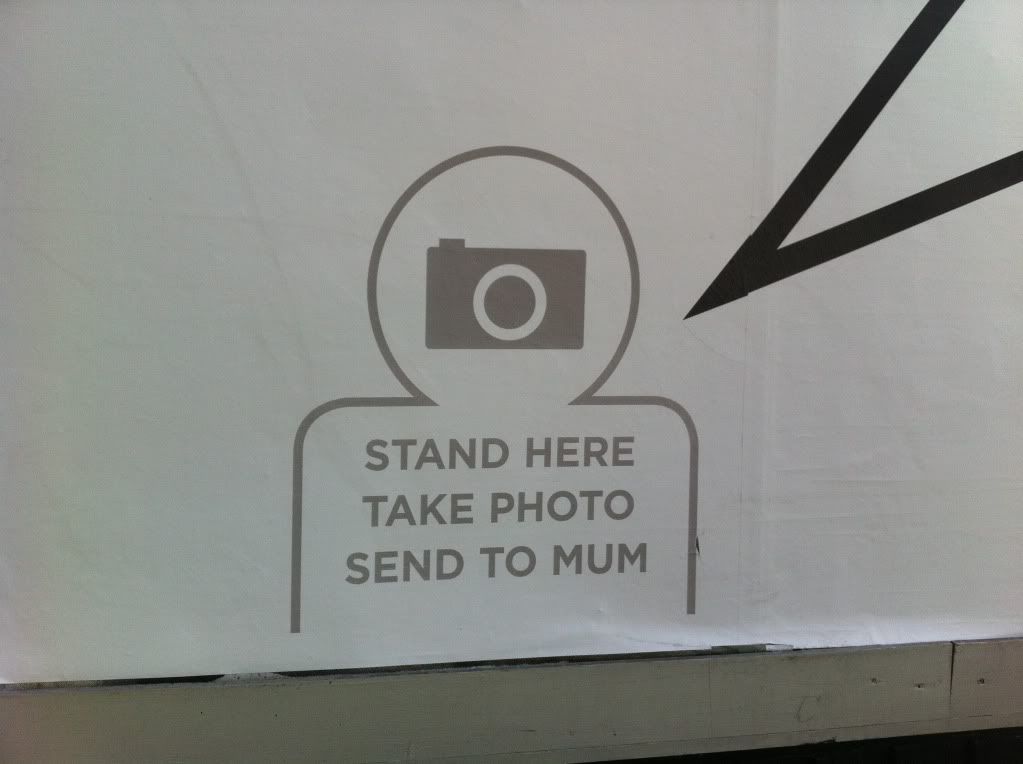 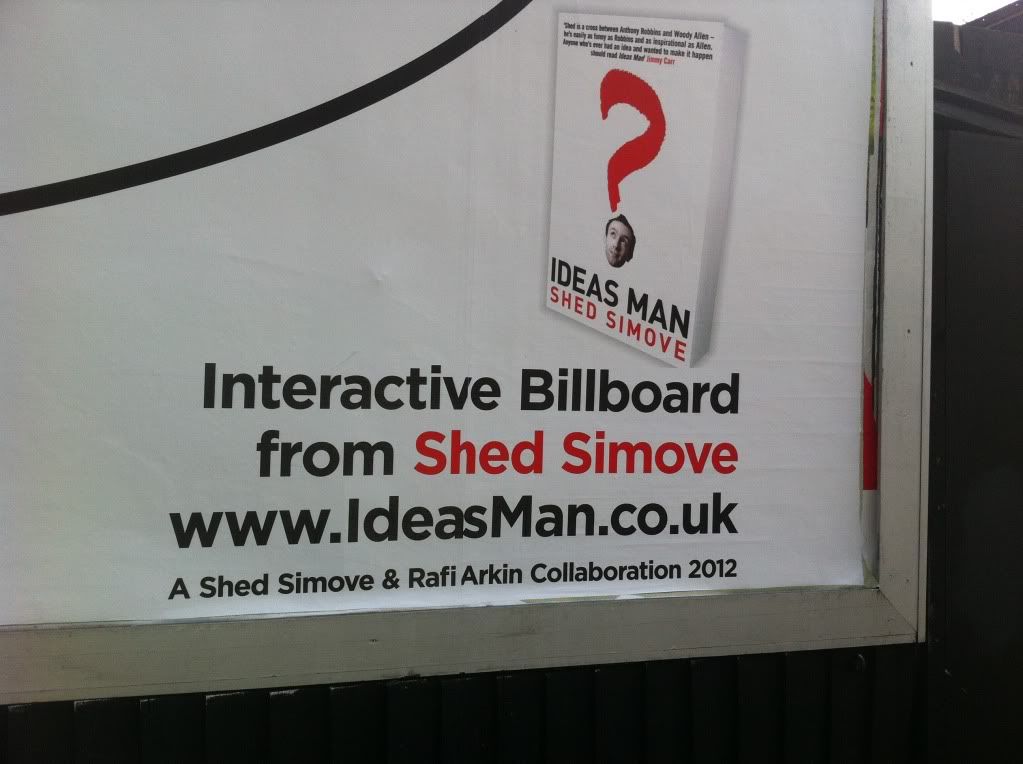 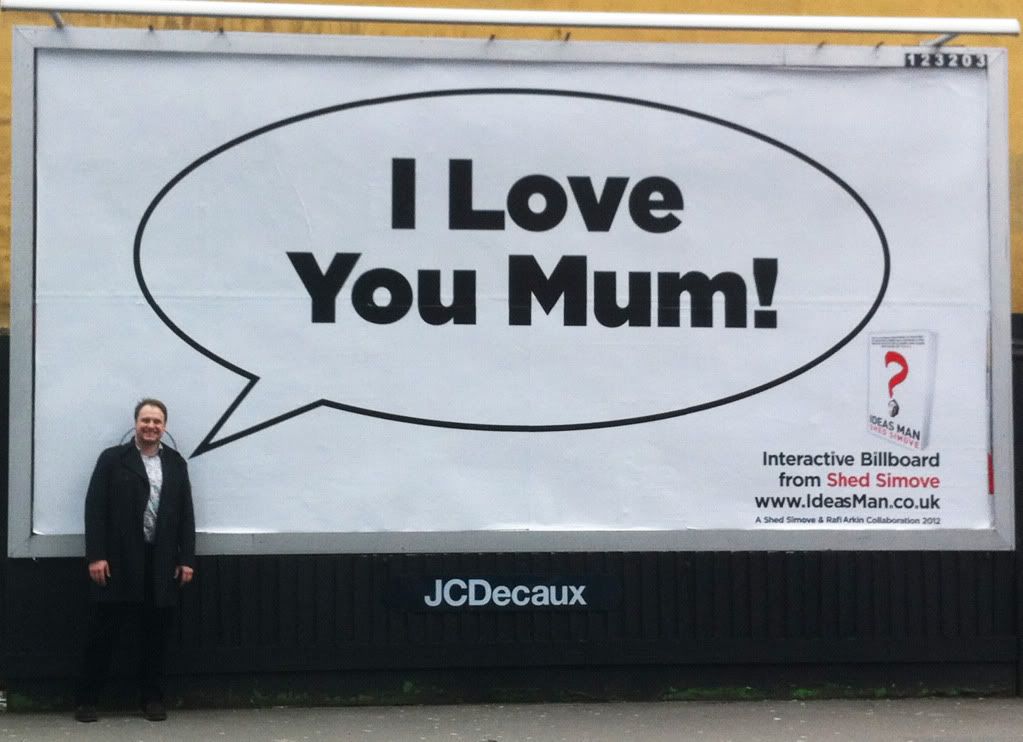 A London based inventor today launches what he claims to be 'the first ever interactive billboard'.
Inventor and Author, Sheridan 'Shed' Simove unveiled the billboard in Grafton Way, just off Tottenham Court Road, one of London's busiest streets.

The billboard features a giant speech bubble containing the words 'I LOVE YOU MUM' and the outline of a figure next to it, encouraging a passer by to stand by the bubble and take a photo.

Because the billboard is placed a metre off the ground, it allows any person to stand next to it and take a photo that gives the illusion of the speech bubble emanating from the person's mouth.

Simove had the idea after wondering what to do for his Mother on Mother's day (18th March). He explains: “I wanted an original way to send my Mum a Mothers Day greeting - greeting cards and flowers are a bit old hat, but a billboard, now that's exciting! I quickly realised that I could design a billboard so that other people could interact with it as well and send their Mothers a fun 'photo greeting' too”.

Simove continues: “I immediately Design Protected the idea and filed the necessary trademarks to ensure I protected the concept. Then, I teamed up with a Marketing Genius I know, Rafi Arkin, who put me in touch with the fantastic Team at JC Decaux. And excitingly, we brought the idea to life.”

Simove has global plans for his concept and believes the idea could become a worldwide smash hit.
Simove continues, “My big dream though is to create a speech bubble that says 'NO ONE KNOWS IM NOT WEARING ANY UNDERWEAR'...”

“My hope is that now Ad Agencies around the world will work with me to roll out different versions internationally.”, he says. “I see this working for many phrases, including, 'I LOVE YOU DAD!', 'MERRY CHRISTMAS', or even 'I ADORE COKE'”.

The billboard is already proving a hit, with thousands of passers-by taking photos and uploading them on their social network sites. Simove says the interest generated by his billboard has astonished him. “For the cost of one billboard...I've managed to reach millions of people and spread a little happiness too... Not bad for a small budget and a few days work!

Plus, my Mum think the billboard is 'FABULOUS'...”.

For more information and images contact Shed through this site.