This article appeared in the Metro after Shed received a cease and desist from Random House... A video showing the article being reviewed on TV is below the article... 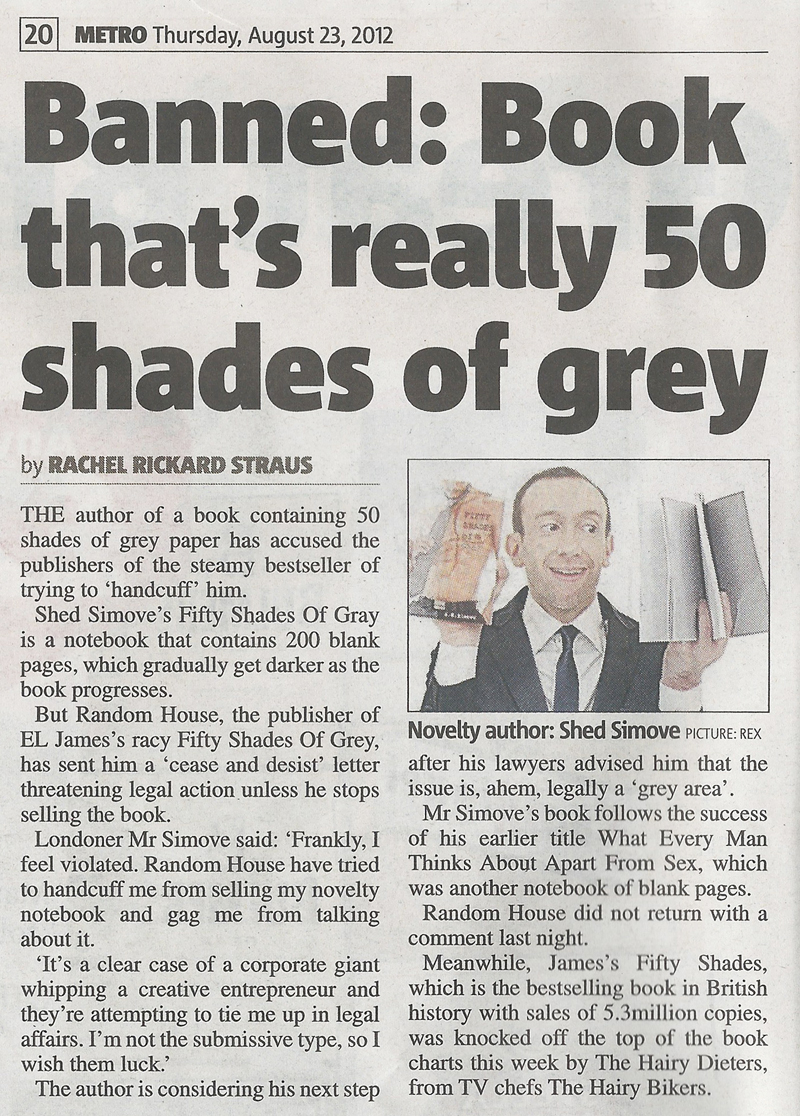 Shed Simove’s Fifty Shades Of Gray is a notebook that contains 200 blank pages, which gradually get darker as the book progresses.

But Random House, the publisher of EL James’s racy Fifty Shades Of Grey, has sent him a ‘cease and desist’ letter threatening legal action unless he stops selling the book.

Londoner Mr Simove said: ‘Frankly, I feel violated. Random House have tried to handcuff me from selling my novelty notebook and gag me from talking about it.

‘It’s a clear case of a corporate giant whipping a creative entrepreneur and they’re attempting to tie me up in legal affairs. I’m not the submissive type, so I wish them luck.’

The author is considering his next step after his lawyers advised him that the issue is, ahem, legally a ‘grey area’.

Mr Simove’s book follows the success of his earlier title What Every Man Thinks About Apart From Sex, which was another notebook of blank pages.
Random House did not return with a comment.

Meanwhile, James’s Fifty Shades, which is the bestselling book in British history with sales of 5.3million copies, was knocked off the top of the book charts this week by The Hairy Dieters, from TV chefs The Hairy Bikers..

Shed released 'FIFTY SHADES OF GRAY' - a book with 200 blank grey pages, going from light to dark grey through the book (four pages for each shade of grey), so that every page can be written on and the whole item used as a notebook.

On the back of the book, the description detailed how 'the content gets darker and darker' as the book goes on...

The book caused a scandal when Random House (publishers of 'Fifty Shades Of Grey' issued Shed with a 'cease and desist' order.

The book was released after Shed's previous success with 'What Every Man Thinks About Apart from Sex' - a totally blank book that went to number 44 on the Amazon chart and has been published in over eight territories around the world...

'FIFTY SHADES OF GRAY' was released in conjunction with Shed's other book, Success...Or Your Money Back' - which does have words in it...and outlines Shed's thirty secrets for getting anything you desire. See it on Amazon HERE 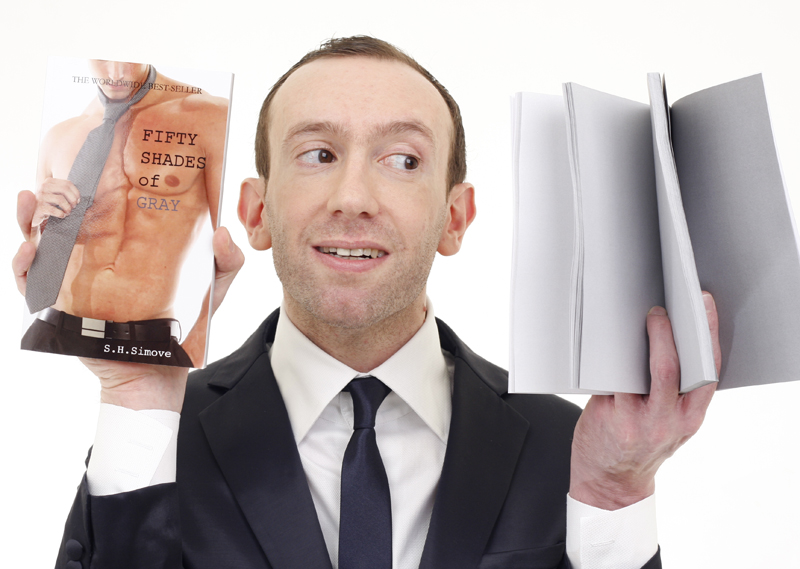 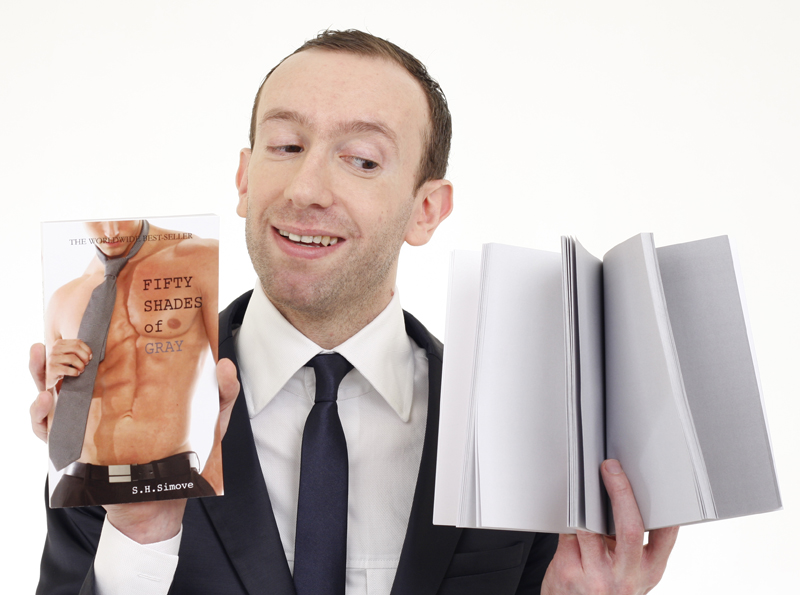 This is the cover... 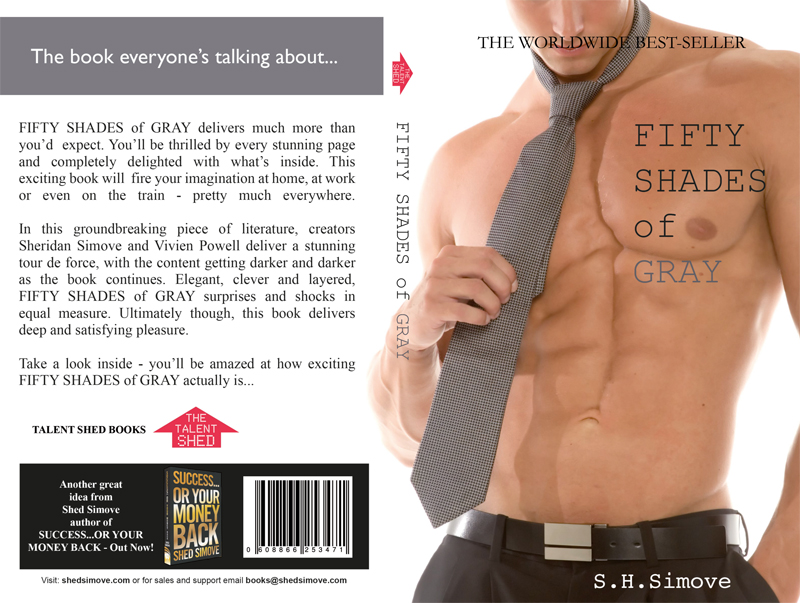 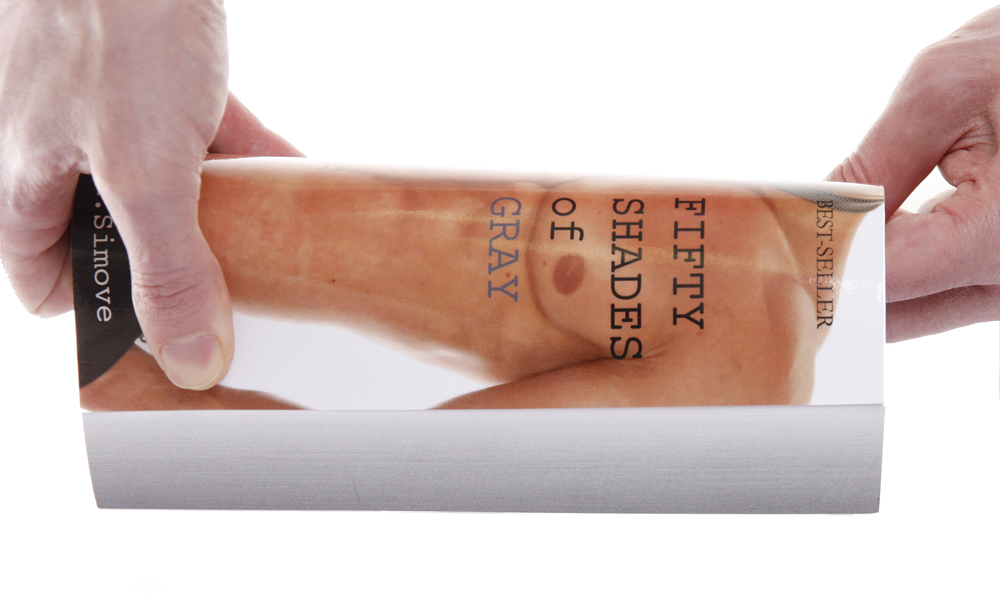 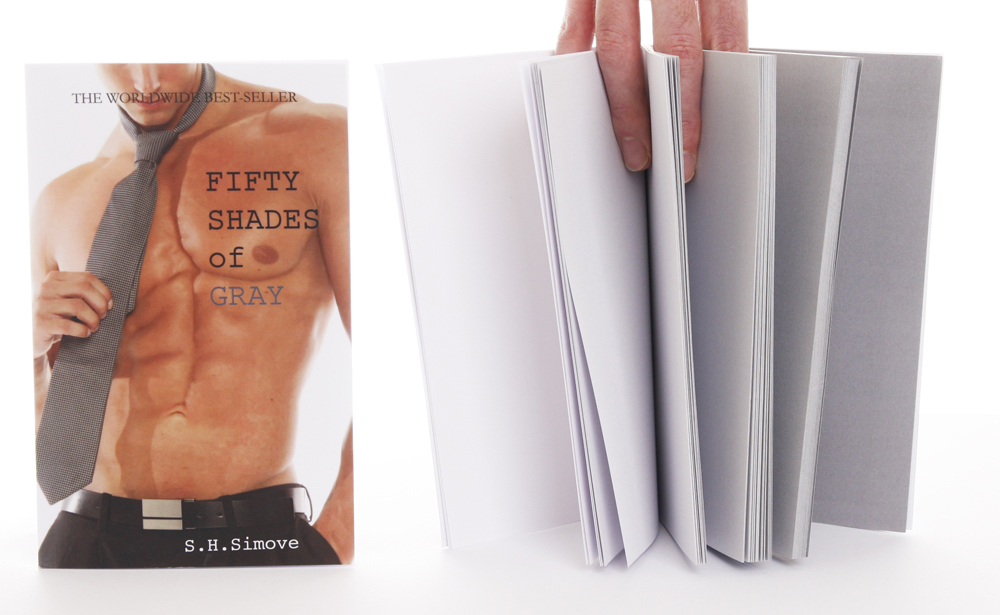 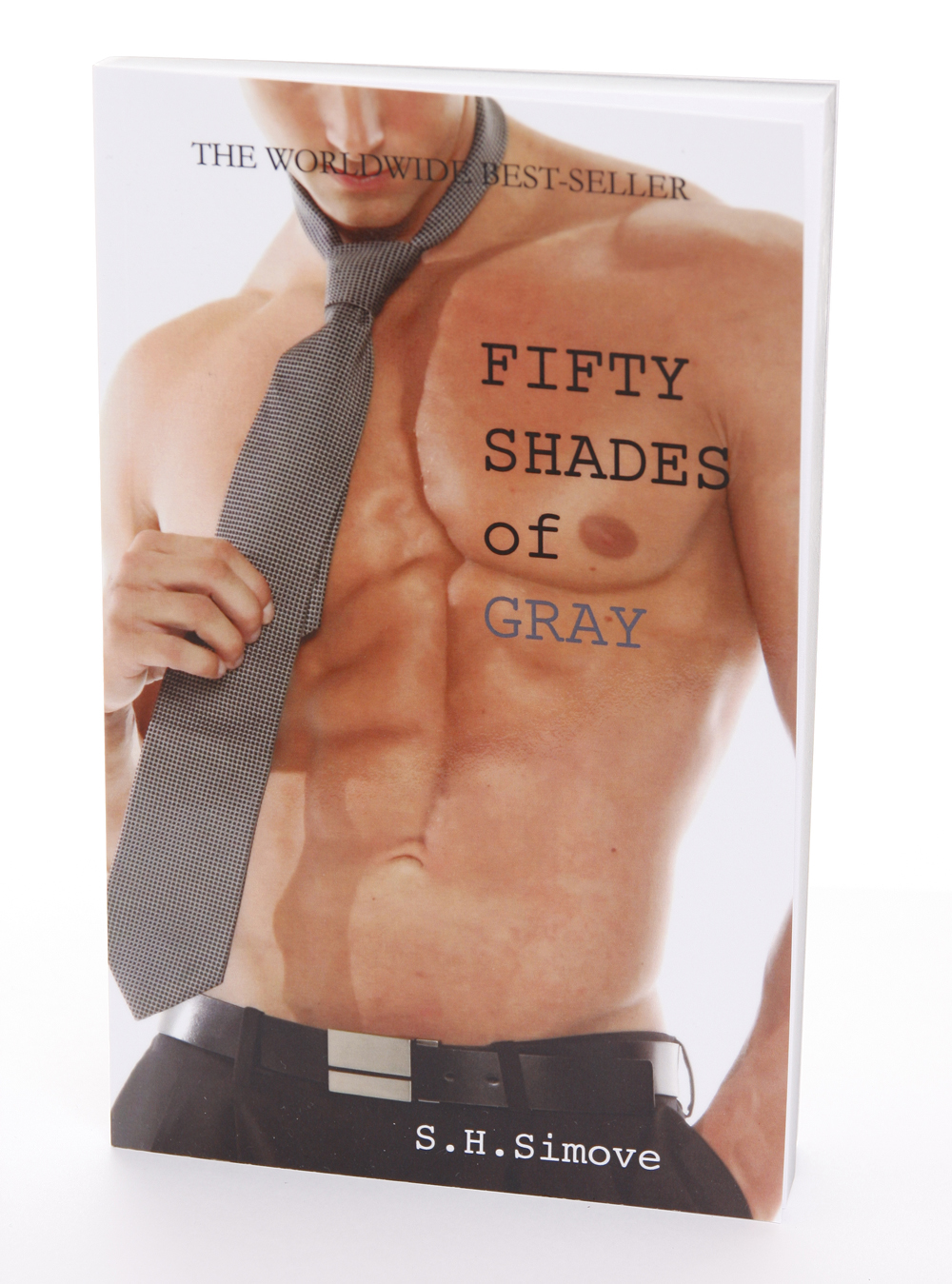